I LOVE this thing, but I don’t play it as often as my other guitars.
This guitar is not mint, it has been played extensively, and it shows it. It is very much a player’s grade guitar. It deserves to be played more, I just don’t pick it up nearly enough to justify keeping it.
It has Gibson 498T/490R pickups in it and Grover tuners. The skull was on it when I got it and was held on by three small screws. It has since been removed and the holes plugged.

The entire thing is maple including the fingerboard…quite a unique look for a Les Paul. 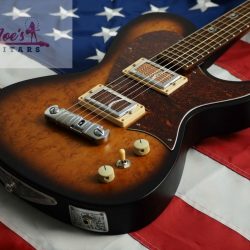 Moe’s Guitars: Our Philosophy: If we wouldn’t play it, we wouldn’t sell it; it’s that simple. Press Release New for 2019 from Harden Engineering exclusively […] 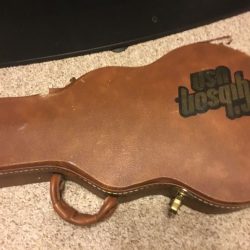 Other items listed by aceroxx02